Exploring the UK Freelance Workforce in 2015

Freelance workers are an important, but hidden, part of the small business population. United Kingdom’s (UK) official statistics do not classify workers explicitly as freelancers, but their numbers can be estimated using Labour Force Survey (LFS) categories. This report presents quantitative data on freelancer numbers and their personal and work characteristics as at Q2, 2015.

No official, or widely accepted, definition of freelance status exists in the UK. The term ‘freelance’ is not a legal concept but, rather, a customary one used to describe particular kinds of worker or work relationship in particular occupational or industry settings. We define freelancers as genuine business
owners without employees working in a range of creative, managerial, professional, scientific and technical occupations. 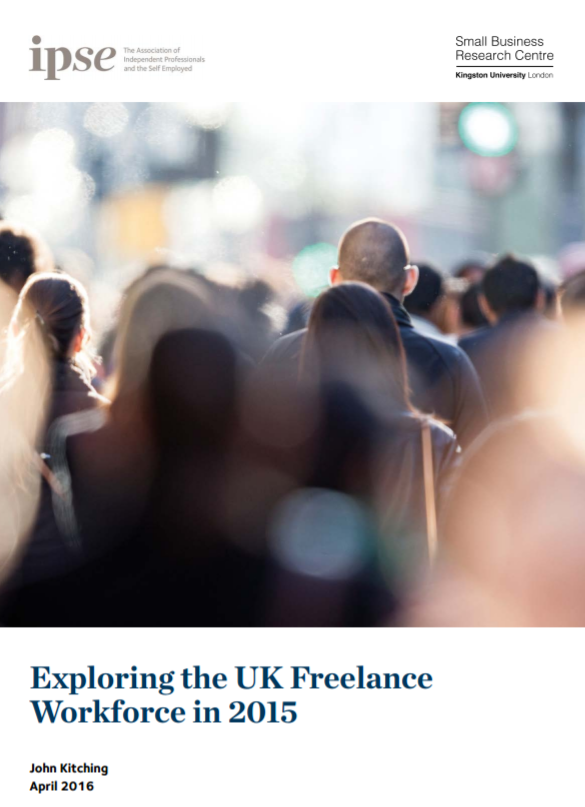 SkillQuo is a proud community of top business strategists, ready to help companies of all sizes with their most vexing business problem. Our consultants are ready to help a business launch, conduct market research, work on pricing or budget strategy, work on a merger, and much more. Try today and get more done! Feel Accomplished.

LFS data suggest there are an estimated 1.91 million freelance workers in the UK. This figure comprises 1.65m working freelance in main jobs and a further 255,000 working freelance in second jobs; 13 per cent of all freelancers work freelance in a second job. Freelance workers constitute 6 percent of all UK workers in employment. Since 2008, freelancer numbers have increased from 1.40m to 1.91m, a rise of 36 per cent. This was a period of prolonged economic uncertainty precipitated by the global financial crisis of 2008-9. During the period, unemployment increased by almost 50 per cent before then falling by a third. Similarly, employment decreased sharply before turning upward. Freelance working has continued to rise throughout the period, suggesting that macroeconomic circumstances exert an influence on the demand for, and supply of, freelance workers. The benefits to end-users of hiring freelancers continue to be evident with the economic upturn.

Flows into, and out of, freelance working are an enduring feature of labour market activity in the UK. Individuals enter, and exit, freelancing as work opportunities enable or constrain job choices, and/or as individuals’ preferences change. Freelance working is a ‘high-churn’ activity, with high levels of entry and exit. LFS data suggest that 72 percent of those working freelance in main jobs in April-June 2015 were also freelancing a year previously, while 28 per cent were newcomers. Turning to those working freelance in 2014, 73 percent remained freelancing in main jobs a year later. Overall, therefore, the freelance workforce is one of considerable churn with sizeable flows into, and out of, this way of working.